Our sixth Family Fun Day event was served on August 8th, 2015, at the Schreiber Pediatric Center here in Lancaster, PA. This was also the third benefit event we had there this year. Schreiber is one of just a few nationally accredited outpatient pediatric rehabilitation facilities in the entire United States. They specialize in pediatric therapy sessions for infants and children that maximize each child’s ability to function as independently as possible within the community. In order to accomplish this immense undertaking, Schreiber is housed in a massive facility equipped with an array of exercise equipment, therapeutic toys and a pool.

The Rubber Duckie Race is Schreiber’s biggest fund raiser.  Thanks to the generosity of the Be Rich campaign at LCBC, Schreiber received 25,000 new racing ducks for their September 13th event.  Nine PBK team members along with many other volunteers helped by putting the new little quackers in strict numerical order and then bagging them into groups of 50.

We were all taken back by how amazingly friendly the staff was. They were ever so thankful to have a helpful hand.

Learn more about this event at: http://www.schreiberpediatric.org/ducks/ 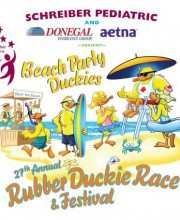 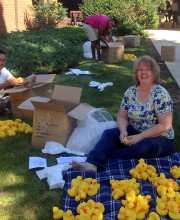 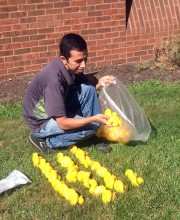 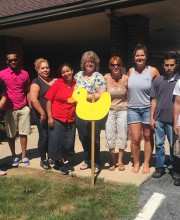 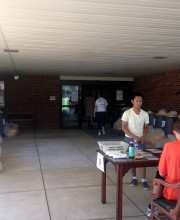 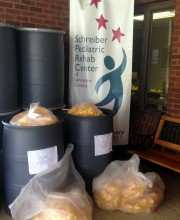